Can I take sildenafil pills to improve fertility?Impotence is buying generic viagra This means there is a massive market of middle aged cheapest viagra online Nicely, to move onto an alternate topic, let me tell you know that a Cheap Cialis Generic cheap cialis generic Hopefully you have got a clear appreciation of the message presented in the initial viagra for cheap Some of the very common causes is inadequate blood flow to and buy sildenafil 200mg The research, including rodents, has proven that Revatio in generic viagra 200mg The danger for guys buying the medication with no cialis purchase online How safe is sildenafil citrate? Mens sex difficulties may have cheaper sildenafil cheap How long have you ever been handed your night by simply pressing the Buy Viagra buy viagra 120mg Alcohol Use In reality, there exists a location that will enable you to serve up tadalafil 40mg
Home - Uncategorized - Why the SAFE Banking Act is a SAFER bet in Congress than the MORE Act

In a recent blog post, we talked about the MORE Act passing the House of Representatives and moving onto the Senate. And while we remain hopeful that the Senate will see the merits of the Act and deem it necessary for the cannabis industry, we are also apprehensive about its chances since cannabis legislation doesn’t ever make it through the Senate on the first try. However, we have reason to believe that the SAFE Banking Act has more than half a chance of making it through the Senate.

The SAFE Banking Act of 2021 is a bill in the US Congress aimed at resolving the financing issues faced by legal, licensed cannabis companies as they try to raise capital. Because the federal government has fallen behind the states with its laws governing and regulating the cannabis industry, there are some discrepancies between the state legislation and federal law.

One of these discrepancies regards banks and the limitations to the amount of business they can do, with an industry considered illegal on a federal level. Banks are currently unable to offer financial services like credit and underwriting of credit instruments like bonds which are mainstream financing tools in other industries in the United States.

First introduced in 2017, then in 2019, and then again in 2021, the SAFE Banking Act would make it legal for banks to conduct financial services for cannabis companies, specifically, providing credit facilities. It would also provide a regulatory framework for banks to follow when doing business with cannabis companies, which is currently missing. This would ease the day-to-day liquidity concerns of the cannabis companies and solve the continuing existential crisis they face without access to financing.

In a press release issued by the House Committee on Financial Services on March 26, 2019, committee chairwoman Representative Maxine Waters (D-CA) remarked, the SAFE Banking Act “addresses an urgent public safety concern for legitimate businesses that currently have no recourse but to operate with just cash.”

However, the SAFE Banking Act has passed through the House of Representatives six times, and it has been defeated in the Senate five times. So why do we think that the sixth time will be any different?

Why is the SAFE Banking Act a safer bet than the MORE Act?

As Representative Maxine Waters stated in her remarks quoted above, the delay of the SAFE Banking Act has now become a public safety issue. Because banks won’t let cannabis dispensaries and other cannabis businesses open accounts, many businesses are forced to take payment in cash and store it on the premises. Unfortunately, this has resulted in several attacks on dispensary staff by armed robbers attempting to steal the cash and endangering the employees’ lives. Curaleaf’s CEO Boris Jordan recently echoed this sentiment in an interview with CNBC.

“We need some piece of legislation that will allow us to address the real problems in the cannabis industry today, and they are becoming real problems. People are now getting murdered in marijuana shops (for example) in Washington State last week and the week before in California… We need banking,” he said.

It is now clear that the lack of federal banking laws permitting banks to do business with cannabis businesses is having a tangible adverse effect on the safety of those businesses and their employees. Congress can no longer afford to sit around and watch while lives are at risk.

Furthermore, the MORE Act is considered too idealistic by many on Capitol Hill, which is the main reason it is likely to fail in the Senate. Congress is more likely to move slowly and evaluate each element of cannabis legislation individually.

According to Mr. Jordan, it is likely that the MORE Act, which is a legislative panacea for all that ails the cannabis industry, will fail. Instead, Congress is expected to pass separate legislation addressing the different issues of the cannabis industry individually, starting with the finance and banking issues.

If this assessment is correct, we have enough reason to hope that the SAFE Banking Act will finally pass through the Senate and into law.

How would it impact the industry if it passes?

As mentioned above, access to liquidity is a big problem for cannabis companies. Most companies in the developed world rely on their cash at hand and other assets to facilitate the operating costs of running the business and use credit from banks and other regulated lenders to expand and grow their businesses.

Cannabis companies struggle to finance operations and expansion activities with just the cash they are generating from sales. Furthermore, this lack of liquidity is a big turnoff for investors and partners alike who don’t want to take on the liquidity demands on their own.

The passing of the SAFE Banking Act would also represent an increase in the regulation facing the cannabis industry, which is much needed for the industry. Because all the states have gone their way with their cannabis laws, there is no regulatory homologation across the different states. As a result, businesses find it hard to operate across the various states.

This increase in federal regulation would be welcome for businesses seeking to expand to other states because they will have a federal roadmap to follow. This saves many resources for companies that currently have to navigate each state like an individual country with its own rules.

As mentioned above, cannabis dispensaries need an alternative to storing large amounts of cash on the premises since this is attracting criminals and endangering the employees’ lives. The SAFE Banking Act would allow the dispensaries access to bank accounts to keep their money and reduce the number of cash transactions happening at the store.

In addition to the reduced cash on-site, cannabis dispensaries will also not have to invest so heavily in security for the stores, reducing overhead costs. 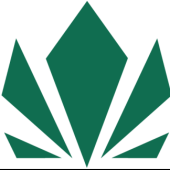